Why You Need to Be Careful When Checking Your Transmission

Hi, my name is David, and I love power and performance. Want to boost the power on your car? Check out these posts. They should help and inspire you!

Why You Need to Be Careful When Checking Your Transmission

Are you a little forgetful at times, and especially when it comes to servicing your car? People may often have so much on their minds that they can easily overlook something as important as this, but it can lead to significant issues in the worst-case scenario. A regular service can be even more important if you happen to drive a vehicle that is equipped with an automatic transmission. After all, even though this component is a masterpiece of engineering in its own right, you need to give it some help if you want it to last as long as possible. If it's been some time since you did so, check the condition of the fluid right now as this will tell you if you need to take any further action.

Most people know where to look if they want to check the oil level on their engine. The dipstick is typically on the side of the engine block and is clearly identified to make it easier. However, you may have to look in your manual to find out where the transmission stick is, especially if you have not checked it before.

Looking at the Fluid

If you have found its location and have pulled out the dipstick, have a very good look at the condition of the fluid. When it is new, it should be reddish in colour, but don't expect to see that, as this fluid will have deteriorated to some extent.

Giving It a Close Inspection

Look closely at the fluid to see what is floating within. Don't be surprised if you can see some tiny black specks, as this could be some of the friction material built into the clutch mechanism. However, if you can see a lot of tiny metallic specks as well, then this is an indication of metal fatigue or it tells you that the fluid has lost its capacity to protect the internal components. This is a troubling scenario and you will probably encounter some issues with the transmission fairly soon unless you take action.

However, don't be tempted to drain the system completely and replace the fluid, as this may be counterproductive. In some cases, the transmission may fail altogether in this scenario and you would be better off taking the car in to your mechanic for their advice instead.

If the fluid looks like it is in relatively good condition instead, however, then you may be in luck. In this case, you may be able to get away with a flush and refill, but you should ask your mechanic, just to be safe.

For more information, get a car service or contact an auto shop. 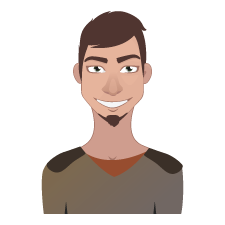 Hi, my name is David, and I love power and performance. When I drive, I want the ability to just push the gas pedal to the floor, feel the vehicle roar beneath me and feel like I can conquer the world. However, as I have always owned used cars, that sometimes can be a challenge. Luckily, through the years, I have learned ways to use auto services to my advantage. I know about the repairs you need for improved performance, and I know which aftermarket parts can help as well. Want to boost the power on your car? Then, hang out and check out these posts. They should help and inspire you!